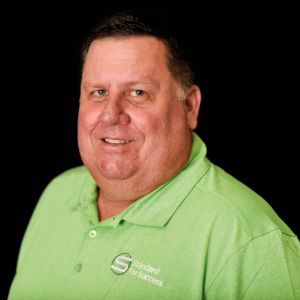 Todd Whitlock, Co-Founder & CEO
Given the value proposition that teachers hold in molding future citizens of the country, it is imperative for educational institutes to evaluate and set faculty and staff standards. During his tenure as a CIO for a leading school district, Todd Whitlock, co-founder and CEO of Standard for Success (SFS), witnessed first-hand, the predicaments associated with setting up and managing teacher evaluation processes. They were largely manual, inefficient, and time consuming, to begin with.Figuring out assessment means and parameters, setting up suitable implementation strategies, collecting data using disjointed tools such as Word documents and forms, compiling them into spreadsheets, brooding over rows, columns, cells, and tables to generate reports, and ultimately, having all information limbo-ed in localized storage! To add to the turmoil, back in 2011, when federal policymakers and states began passing stringent regulations and mandates pertaining to assessing teachers and staff, many school administrators had a hard time being compliant. The mandates dictated a holistic approach toward evaluation that required regular assessments multiple times a school year, constant feedback, summative scoring, and value-added measures related to student performance. Without a proper streamlining mechanism, educators would find evaluation synonymous to Herculean and Sisyphean.

In the same year, SFS’s demonstration of the beta version of its teacher and staff evaluation platform at a state-level education conference garnered wide interest. After all, what SFS bought to the table was a solution, which, in addition to being ‘built by educators for educators,’ was one that was the need of the hour. Today, SFS caters to more than 400 school districts across 20 states in the US and Canada. “Our product helps educators manage and curate data collection to drive the professional’s growth, be it a teacher or a superintendent at the district level. In the light of our experience as educators ourselves, we coach and mentor administrators on giving feedback to teachers. We've been in their (educators’) chairs; so we know what they expect, what tools, and reports they’d need,” says Whitlock.

Our product helps educators manage and curate data collection to drive the professional’s growth, be it a teacher or a superintendent at the district level

With SFS’s customizable stack, school administrators can generate summarizations and comparisons of staff performance, while being able to upload supporting materials. They can scoop out data sets pertaining to specific capabilities of a teacher in question or even carry year-to-year comparisons. The platform even comes with a mobile-app front for data collection on the go. SFS built the entire software stack with ‘ease of use’ in mind. The company’s co-founder and CTO, Alan Degener, as a web programmer knew that educators needed a solution that was intuitive and easily accessible.

Schools can go up and running (familiarize and integrate) with SFS’s web-based platform in a matter of weeks while many of their competitors take months. Client support is another aspect that is amongst SFS’ core values. The company has gained a number of awards and recognition in this regard. “Our support tickets are handled through online support systems,which are integrated directly into the platform,” adds Whitlock. Furthermore, SFS’s motto to be pocket-friendly for their clients has proved to be incremental in broadening their presence in the market.

Since their humble beginnings, SFS has had tremendous growth and recognition. The company, as Whitlock mentions has doubled in size. Earlier this year SFS strategically acquired an entity named STAGES Software. The move has enabled the company to expand their footprint to nearly 2000 schools across the country. Looking ahead, Whitlock and his team envision establishing SFS’s presence overseas. Interestingly, SFS is getting inquiries from school districts in foreign countries as well.

Description
Standard For Success is an easy to use and adaptable solution that helps schools build effective teacher evaluation programs starting from the ground up with their fully customizable teacher evaluation software. According to the solution, teachers' evaluation isn't just about improving teachers; it's about providing students with the maximum potential to learn by implementing our software and using our services in coordination with their evaluation process. Standard For Success offers an online evaluation experience that is user-friendly, customizable, and backed by professionals who understand the challenges facing today's educators. We have customer service and technical support teams ready to assist your school or district as needed 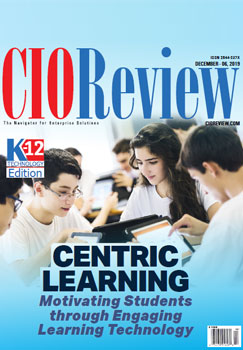