The Year of VDI at UMass Lowell 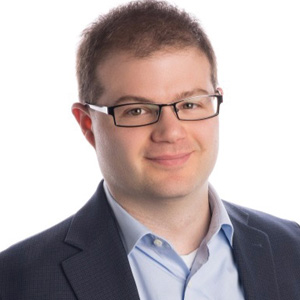 Since 2009 or so, self-proclaimed “experts” have been claiming that “it’s the year of VDI”. Despite those prognostications, that year has never seemed to materialize and yet we find today that many organizations are running some form of virtual desktops in a production environment. So, if we never had “the year of VDI”–what happened?

Quite simply, VDI has matured slower than most in the industry thought and so each year new use cases were opened up to virtualize that couldn’t be virtualized before. Depending on a particular organization’s use case, the year that VDI became relevant to your use case could have been any time between 2010 and 2016 or even 2017. Our institution, UMass Lowell, provides us a sample case study.

In 2013, UMass Lowell was in the middle of building several academic buildings to gain more classroom space, but there was an urgent need to support more classes. Over the previous decade or so, a proliferation of computer labs had eaten into multiple buildings’ classroom square footage. Further, many academic departments had their own computer labs, which both required students to physically be in that area to do discipline-specific work and were often locked to students in the area needing compute resources, but not in that major.

We turned to virtual desktops in order to provide students with a way to access software while not on campus, thereby reducing demand on physical labs and permitting their conversion back to classroom space. Overall, the project was very successful. We found several benefits besides freeing up rooms, including improving student and faculty flexibility, an enhanced security posture, and a reduced IT burden.

The benefits to IT were felt almost immediately. Instead of rolling out applications by deploying new images to physical machines, software was deployed once and replicated to all users. Instead of doing work only during campus lulls, development and rollouts could be done year-round. Security was improved as desktops were being patched and secured continuously instead of on intermittent schedule. To top it off, the VDI architecture used 90 percent less electricity-a green solution.

UMass Lowell faculty appreciated being able to bring software into the classroom they couldn’t demonstrate before without booking a computer lab weeks or months in advance, and students appreciated not needing to head to a specific part of campus-or often even come to campus at all-to do their homework. This was especially appreciated by regional students that commute to campus and often have off-campus jobs.

However, like any developing technology there were limitations that we were not confident could be solved given the state of the technology. A key piece missing was the ability to affordably virtualize GPU functionality to drive applications requiring high visual performance like SolidWorks, ArcGIS and other engineering applications. Instead of attempting to tackle these use cases from the start, we targeted the solution where we knew it would have a universally positive effect, hoping that some of the nascent GPU virtualization technologies would mature.

In 2015, VMware and NVIDIA released their vGPU technology, which allowed virtual machines (VMs) to be able to access the NVIDIA instruction set on their GRID cards–allowing better density and more flexible application of the GPU resources to the virtual desktops. After significant testing and some software revisions from NVIDIA, we felt confident we could virtualize these heavily graphics dependent applications. The results were transformative for our College of Engineering.

The feedback from UMass Lowell faculty was immediately positive. Professor Stephen Johnston remarked that “it has been a total game-changer.” Faculty get predictable performance in the most demanding applications, allowing them to better plan lessons and not be tied to a specific building or classroom. Essentially the virtual desktop solution allows the application to be accessed anywhere, at any time.

Most transformative for students was freeing them from the “drive or buy” decision. Previously, students in engineering majors had to either purchase a workstation-class laptop at a hefty price point or decide to drive back and forth to campus repeatedly. With virtual desktops, they can stay in their residence hall or off-campus residence and use a Chromebook, iPad, or any other low-cost device–even a 10-year-old laptop–and use even the most demanding software.

One takeaway from our experience is that there is no substitute for knowing the use case you’re trying to enable and how your users are going to interact with your solution. Testing is an essential component of any project rollout, but if IT is running a test that isn’t harmonized with the actual user experience-you won’t have a successful roll out. Often this means waiting for a technology to catch up with your intended use, which is what happened at UMass Lowell. We could have attempted to roll out VDI to all use cases in 2013 and we would likely have failed; by staging our rollout and focusing our efforts on specific use cases, we delivered a solution that is appreciated by all.

So what was the year of VDI for UMass Lowell? If you’re asking me today, it’s probably 2016 because that’s when we were able to roll out something that moved our campus’ strategic mission forward. We’re not done yet. In 2017, we’re rolling out a higher density solution and the roadmap keeps getting more compelling.

It may be that the year of VDI is whatever year your institution decides to change the model of delivering applications to your customers.

The New Face of Mobile: Yes, It Should Have a Face

The Epic battle for the Digital Wallet